Clay Burnette has developed his own unique approach to coiled basketry.  Since 1977, his longleaf pine needle baskets have been exhibited both nationally and internationally in over 250 venues and featured in numerous print publications. In 2019, he received the top Award of Excellence by the National Basketry Organization (NBO).  He was also awarded Best in Show by the NBO in 2013.  His work was included in a 3-year exhibition in Dakar, Senegal as part of the US Art in Embassies Program, and Contemporary International Basketry, which toured Great Britain for two years and culminated in a print publication.  His work was included in Tradition/Innovation: American Masterpieces of Southern Craft & Traditional Art, which toured the southeastern US for six years. He recently was included in Rooted, Revived, Reinvented: Basketry in America, which culminated in a book by the same name as well as a 3-year traveling exhibition.  Additional information and photos of his work can be viewed at his website www.clayburnette.com. 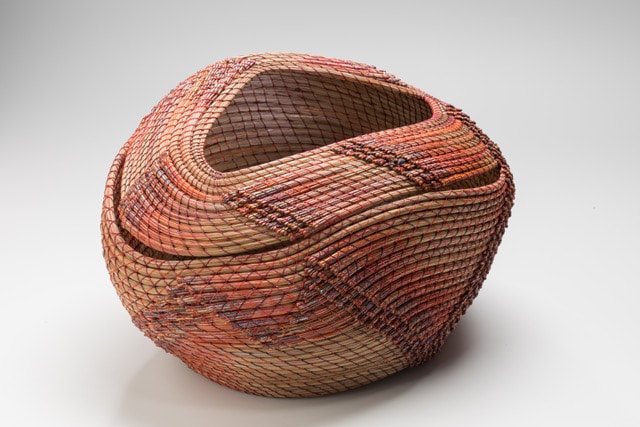 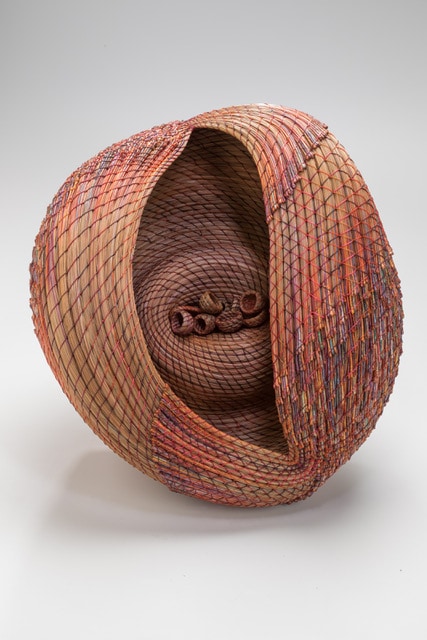 K. Wayne Thornley is an artist working in mixed media painting and assemblage.

Additionally, Thornley’s work has been selected for exhibition at Artfields (2018, 2019), an annual art competition and survey of Southeastern art held annually in Lake City, SC.

Reclaimed fabrics, wire, paper and found objects are some of the materials that get painted, stained, carved, stitched, wrapped or glued together to form constructions that are both intricate and intimate. Cryptic handwriting and manipulated photos help create a backstory for objects designed to engage the viewer in contemplation of the physical, emotional and spiritual elements that shape human existence.

From the artist’s statement:

Like the walls of an old house layered with years of wallpaper and paint, our lives are made of layers and textures of experiences that form our self-image, our belief systems and, ultimately, the paths we choose to take. We leave evidence of our physical existence by making notes, taking photos and gathering keepsakes. Psychologically, we collect and discard memories, replay conversations and conceal secrets. 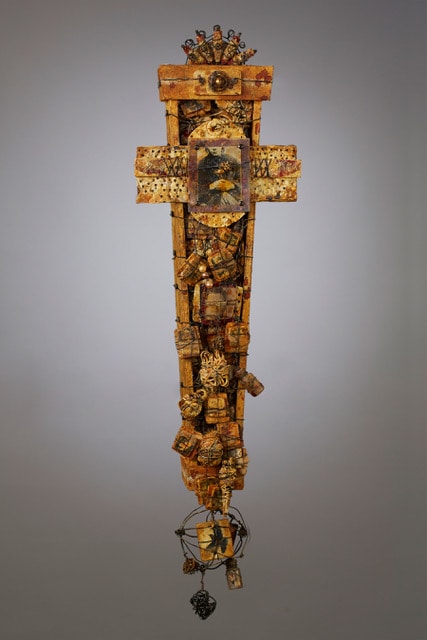 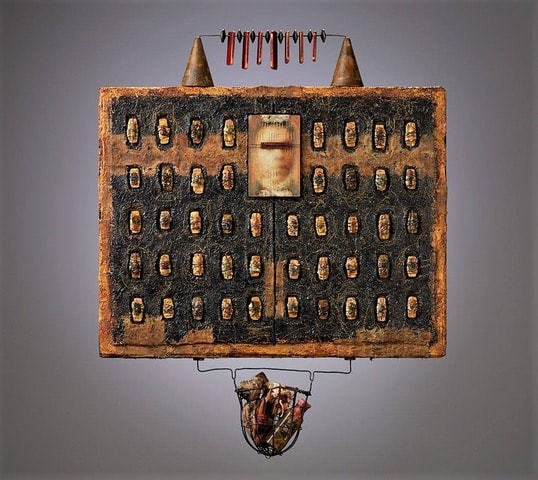