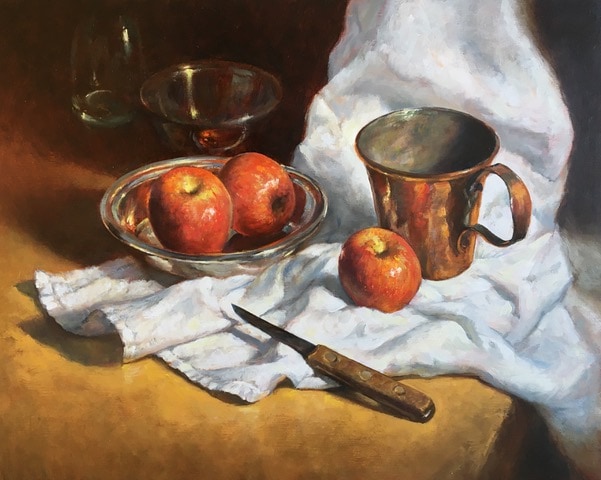 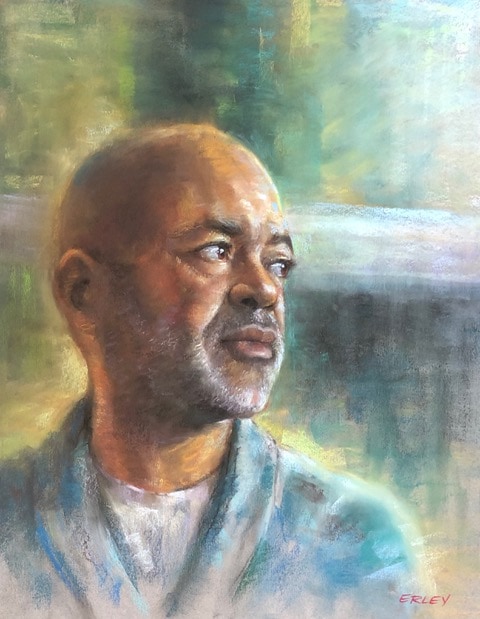 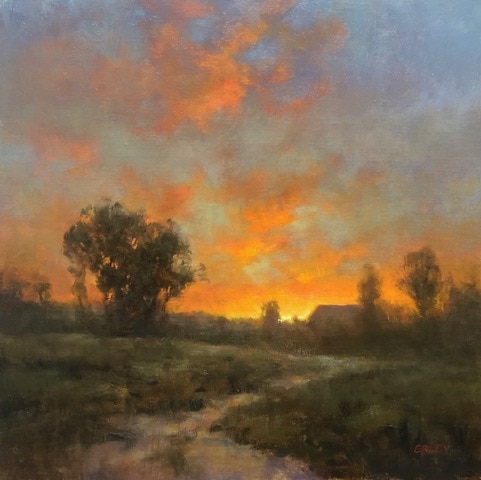 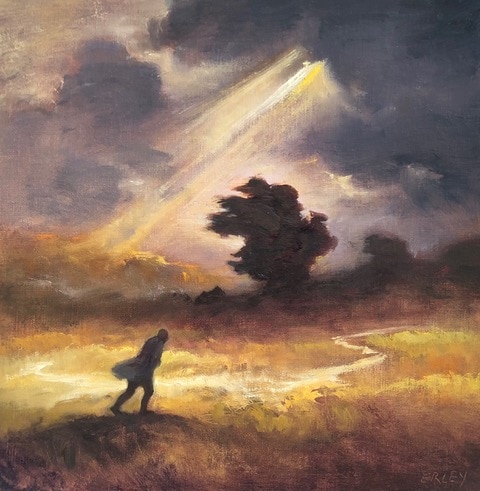 Born in Springfield, IL in 1957, Gerard Erley often says he took up art to find respite in a household of ten. Or perhaps to differentiate himself from his siblings. Either way, he uses art making as a way to explore the world around him and to help clarify his place in it.

With over a hundred awards to his name at the regional and national levels, Gerard Erley has had over four dozen solo exhibits throughout the United States and exhibited in over 300 juried shows. The artist’s work has hung in museums and galleries from New York to California, and can be found in museum, corporate and private collections both in the United States and abroad. Recent awards of note: eighth grant from the South Carolina Arts Commission; Best of Show at the SC State Fair Professional Exhibition; First Place in the portrait competition at ArtFields in Lake City, SC; two First Place awards in the Oil Painters of America Plein Air Paint Out in Winnsboro, SC.

Known mainly for his landscapes, Erley is also interested in portraiture, the figure, still lifes, and abstraction, using oils as well as pastels. Having taught at the college level, he offers the occasional workshop.

Although my paintings present the landscape, I do not paint nature in an attempt to duplicate what the eye sees. Rather, I explore landscape imagery for its expressive potential, its unique emotional language.

I seek to discover the poetry in a solitary tree or a passing cloud and to communicate that poetry in paint.