Gallery 80808/Vista Studios was prominently featured on the cover and in two articles of the brand new, on-line edition of WINK. See it HERE! 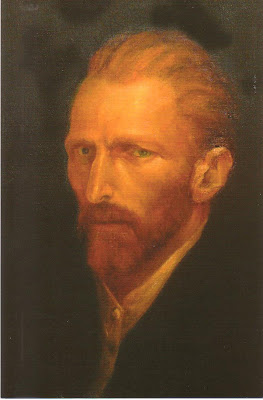 An excellent article was recently written by the state’s best known art critic Jeffrey Day. It includes an in depth overview of the show’s concept, undertaking, and challenges. It also includes several good photos. It can be accessed HERE!

When asked for a few words about his solo exhibition, Stephen Chesley provided the following statement:
…..” It was Sunday July 27th ,1890, that Vincent Van Gogh,37, took a revolver to himself,,,,,he had been in Auvers-sur-Oise since May 20th, and had painted some seventy-five works,and sixty-six drawings.”27 Days in July” was inspired by Vincent’s painting “Landscape at Auvers in the Rain”, which was exhibited as part of the touring Davies Collection , National Museum of Wales ,at the Columbia Museum of Art in 2009.” Landscape at Auvers in the Rain” was painted by Vincent less than two weeks before he took his own life.

This exhibition,”27 Days In July” contains the exact number and dimensions of Vincent’s last works, ,,,,painted that last month,,,,, July, 1890. It is homage to Vincent and a further understanding of him ,,,it is testimonial to his dedication to painting and himself under the most devastating of personal circumstances. The number of works, 23, is a physical illustration of Vincent’s focus, strength, and ability.,,,also, looking at the same canvas dimensions Vincent utilized gives one and understanding of the intellectual challenge and approach to space and design that Vincent himself saw.,,,,those last 27 days ,,,,,,in July.,,,,,,,,,,,,,
…..
and

“,,,,,,,,,,,,,,,,,,,,,,,,,In essence this exhibition is what Vincent saw and accomplished in his last month in July of 1890, it is a testimony of what he could do under extreme circumstances,, and in seeing ,, looking at theses 23 canvas surfaces and dimensions,,,perhaps one may experience some of the same spatial and compositional thoughts Vincent entertained, ,,,,, and a more poignant unanticipated outcome,,,,,, through Vincent’s canvas choices as one looks at them,,,the presence of Vincent himself.”

Included in this exhibition are the following three pieces:

Additional images of art work by Stephen Chesley can be found HERE!