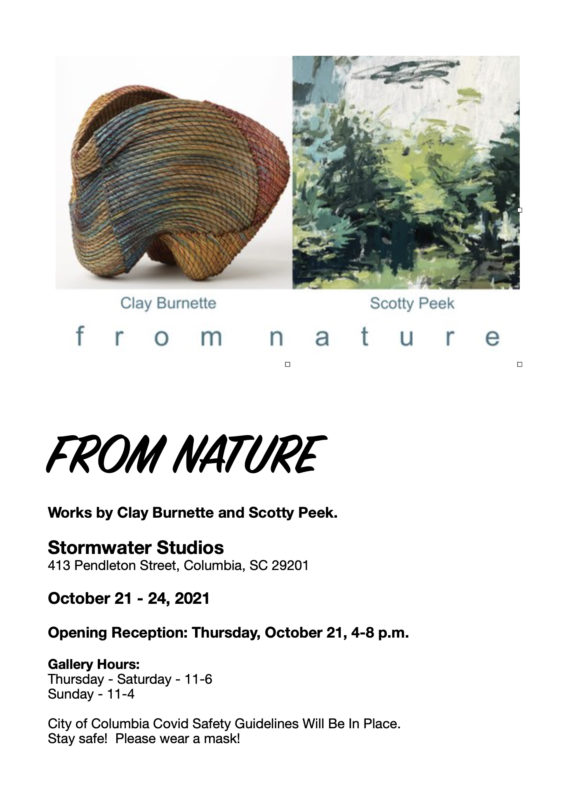 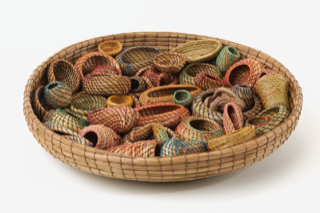 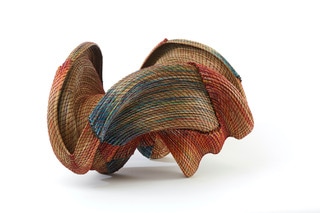 Clay Burnette is a self-taught pine needle basketmaker who has has been coiling longleaf pine needles with waxed linen thread for almost 45 years . He has exhibited his work in over 250 exhibition venues throughout the US and abroad. His work was included in Rooted, Revived, Reinvented: Basketry in America, which traveled the US for the past 3 years. In 2019, his work received the top Award of Excellence by the National Basketry Organization (NBO). He also received the award in 2013. In 2000, his work was selected for inclusion in two significant exhibitions: Contemporary International Basketry, which opened in Manchester, England and toured the United Kingdom for two years; and 100 Years/100 Artists: Views of the 20th Century in SC Art, exhibited at the SC State Museum. His work is included in numerous public and private collections including Abacus Planning Group, Columbia Museum of Art, SC Archives & History Center, SC State Art Collection, and the SC State Museum.

He has exhibited his baskets at the Smithsonian Craft Show, Philadelphia Craft Show, ACC Atlanta Craft Show, ACC Charlotte Craft Show, SOFA New York, and SOFA Chicago. His works have been included in numerous print publications. His work was included in Tradition/Innovation: American Masterpieces of Southern Craft & Traditional Art, a regional exhibition that recently toured the southeastern US for six years. In 2011, his work was included in a 3-year exhibit at the US Embassy in Dakar, Senegal as part of the US Art in Embassies Program. He is the recipient of the SC Arts Commission’s Craft Fellowship for 2022, an award he also received in 1988. A resident of Columbia, SC, he has taught at Arrowmont School of Arts and Crafts in Gatlinburg, TN since 2015. Images of his work are available at clayburnette.com 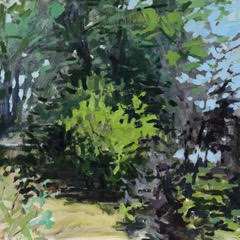 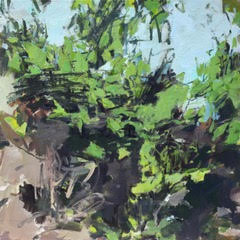 Scotty Peek lives in Columbia, SC and teaches Art at Heathwood Hall Episcopal School. Prior to joining the Heathwood faculty, Scotty was an Assistant Professor of Art at South Carolina State University, held positions from Preparator to Assistant Director at several South Carolina Museums and Galleries, and taught art courses part-time at the University of South Carolina and Midlands Technical College. He received his Master’s in Fine Arts from the University of South Carolina in 2000 and his Bachelor’s of Fine Arts from Austin Peay State University (TN) in 1995. Scotty was included in the 2004 Triennial at the South Carolina State Museum, was one of four artists selected for 701 Center for Contemporary Art’s inaugural 2008 exhibit, and was one of nine artists recently included in “En Plein Air: Scenes of SC” at the Columbia Museum of Art. Images of his work are available at scottypeek.com